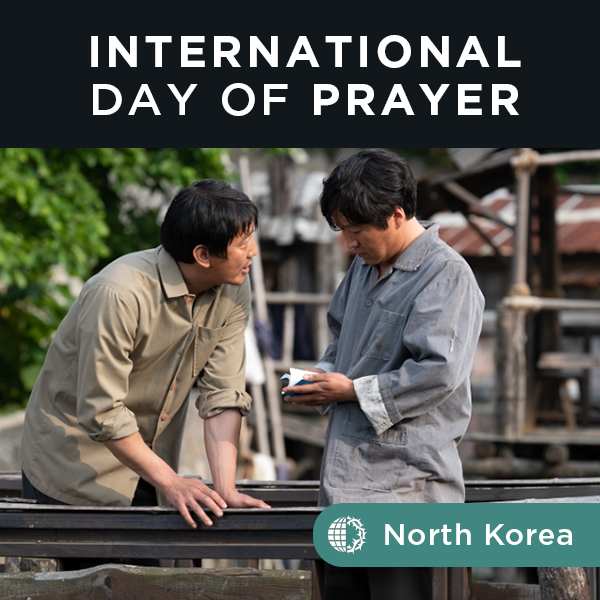 From: ​The Voice of the Martyrs

VOM’s short film for International Day of Prayer for the Persecuted Church 2019, SANG-CHUL: NORTH KOREA, illustrates the challenges of following Christ inside North Korea, the world’s most restricted nation. The film will inspire you and your family, group, class, and church to pray for persecuted Christians in North Korea and around the world. Filmed on the Korean Peninsula, the film shares the true story of Pastor Han, who was assassinated by North Korean agents in China because of his effective gospel work among North Koreans. The story is told through the eyes of one of Pastor Han’s disciples, Sang-Chul, a man who has followed his mentor’s footsteps by continuing to share the gospel with North Koreans despite the danger.
You and your church will be encouraged and better equipped to pray for Christians risking their lives for Christ. Download the following digital resources to use in-person or online with your family, group, or church:
Video download of Sang Chul: North Korea
Slides to lead prayer
Church Bulletin Insert
View More